The Mobile Clinic happened to be in her neighborhood 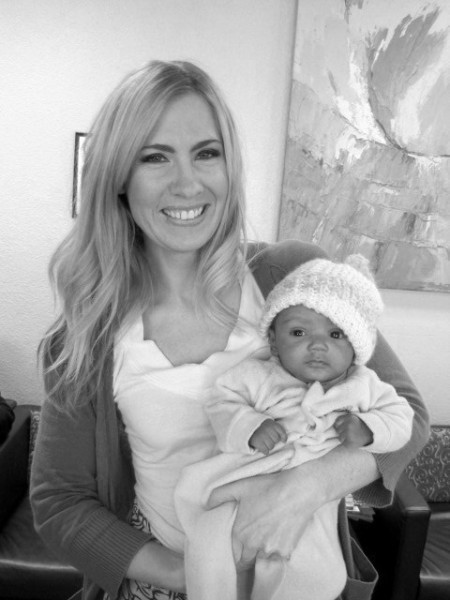 Scared and confused, she researched online and found the Sacramento Life Center. She called the hotline and was quickly comforted by the counselor on the other end. As transportation was difficult for her, an appointment was made for the following day at our Mobile Medical Clinic located in her neighborhood.

Christy was nervous to find out if she was pregnant.

She was married, but her relationship with her husband had ended, and they had recently filed for divorce. Abortion seemed the only solution, as she didn’t want to bring a child into a broken marriage with no support from her husband.

Christy met with our patient advocate, Dolly, on the Mobile Medical Clinic, and learned that she was indeed pregnant.

During her one-hour appointment, she talked freely about her life and her situation.

She never thought that she would be considering abortion, yet at age 34 with no children, she was concerned that this could be her last chance to have a baby.   Dolly discussed with her the possible harmful physical and emotional effects of abortion.

At this point in the pregnancy, Christy was approximately seven weeks pregnant. She was shocked to learn that her baby already had a heartbeat, was a third of an inch long and was already circulating his own blood.

Still confused as to what to do, Christy made an ultrasound appointment and was encouraged by Dolly to really think about her decision. Christy agreed.

The following week, when the Mobile Medical Clinic returned to her neighborhood, Christy arrived for her ultrasound appointment.

During the ultrasound, Christy heard her son’s heartbeat and was amazed at how perfect he was at seven weeks and three days. She watched him on the monitor for a long time and started to tear up. With joy she shared that she wanted to continue the pregnancy and parent her baby.

Sean was born a happy and healthy baby boy with a proud mother – Christy brought him into the clinic to show him off to the staff. She exclaimed that she was so happy that the Sacramento Life Center was there for her, and how helpful and kind everyone had been.

The fact that the Mobile Medical Clinic came right to her neighborhood made all the difference – and changed the course of both Christy’s and Sean’s lives.

*With the increased number of patients needing these items, we ask that you donate through our baby registry.

The SLC Baby Closet is... END_OF_DOCUMENT_TOKEN_TO_BE_REPLACED

Sign up for IGive.com before your next online shopping purchase

By going to www.igive.com/fbkp2 and signing up on your computer devices, the Sacramento Life Center will receive a percentage of each purchase you make at over 1800 online stores. END_OF_DOCUMENT_TOKEN_TO_BE_REPLACED

Misinformation leads many leading figures to declare crisis pregnancy centers a "threat to public health." But the truth couldn't be further from the accusations. END_OF_DOCUMENT_TOKEN_TO_BE_REPLACED